This article provides an implementation of a container, called segmented map, which is almost as fast as flat map in random access and enumeration of elements and close to std::map in insertion of elements. The source code is written in C++17 and can be compiled in any C++17 compiler. Benchmarks with the “int-double” and “string-string” key-value pairs are provided for Microsoft VC++ 2022 and GCC 11.2 C++.

A map is a collection of key-value pairs with the following functionality:

There is a container, called std::map, in standard C++, which provided all these operations. But for a large number of elements, it does not enumerate them quickly.  There has been a long discussions and proposals for using flat map, which is a vector of pairs, ordered by key. Binary  search is used to retrieve an element. Flat map is faster than std::map in enumeration of elements, but slow in insertion because in order to insert an element some of the other elements in the vector have to be moved.

Segmented map is almost as fast in enumeration and search as flat map and close to std::map in insertions.

2.1. Overview of the Design

The beginning of the container is as follows:

The Segment structure, which implements a segment, has two key fields m_first and m_last, which allow to find the range of the keys without analysing the m_elem array.

When a new segment is created, the required keys are copied. In this implementation I did not use pointers to the existing keys. I haven’t noticed any significant difference  when m_first and m_last are pointers. Besides, the code is a bit simpler with copies.

I use DeVector [1] in the implementation, which is similar to std::vector, but provides fast push_front and well as push_back; and, on average, insertion of elements is twice as fast and in std::vector.

First of all a segment has to be found by a given key. This is done by using binary search on m_datax array.

Once the correct segment is found, this is the code that does the insert (index1 is the index of the segment, index2 is the index where elem (the key-value pair) is going to be inserted):

This is defined as a template to allow to copy or move a pair, which is provided by the universal reference [2] (forwarding reference) on the elem parameter.

In GCC, the following command line was:

The results are shown in Figure 1. 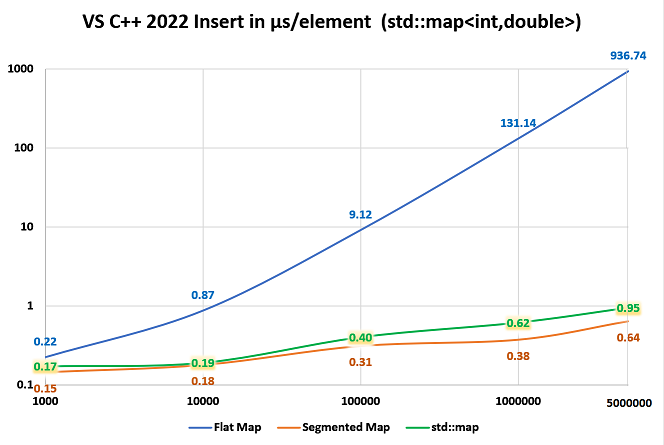 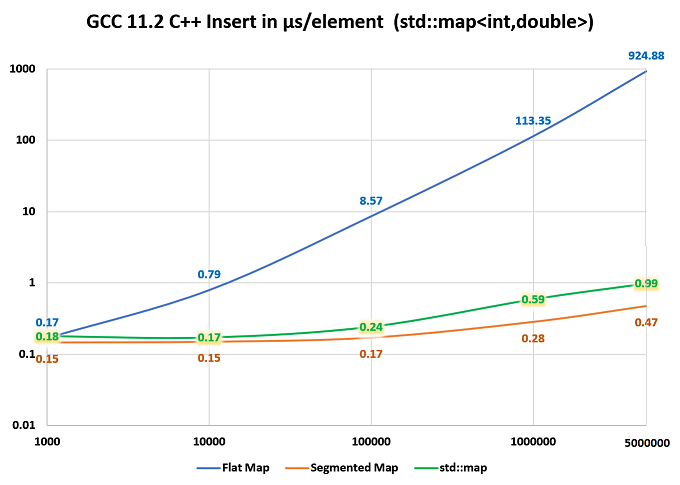 Figure 1. Insertion of an “int-double” pairs.

This clearly indicates that flat map is the slowest. Segmented map twice as fast as std std::map. Segmented map is definitely a winner. It took about 1.5 hours to build a flat map of 5,000,000 elements, whereas other maps took between 2.5 and 5 seconds.

The string used in these tests were between 21 and 27 characters long. The results are shown in Figure 2. 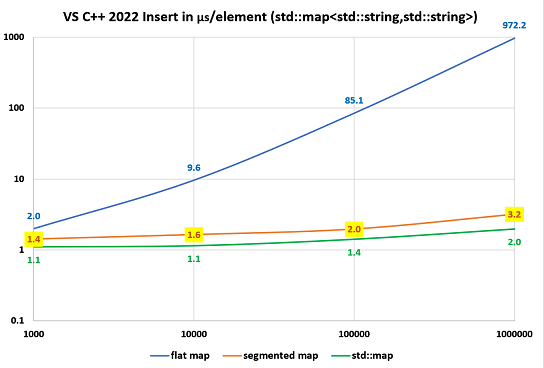 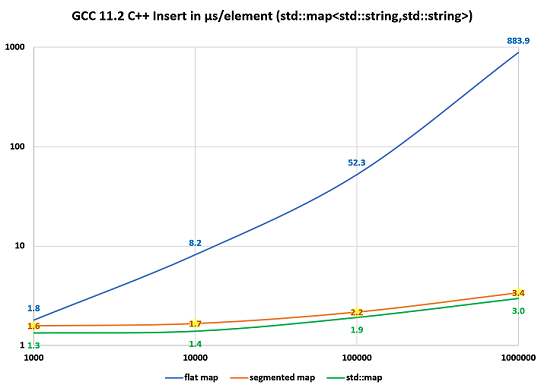 Figure 2. Insertion of an “string-string” pairs.

Segmented Map is a bit slower than std::map.

In sequetial access, there is nothing faster than flat map.

The results are shown in Figure 3. 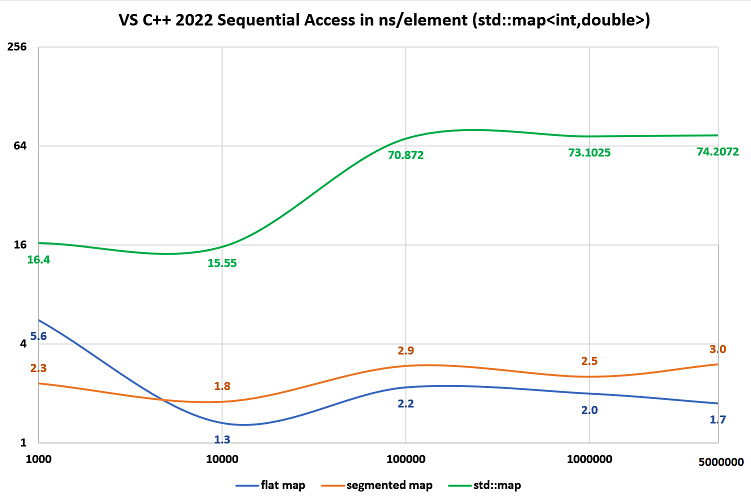 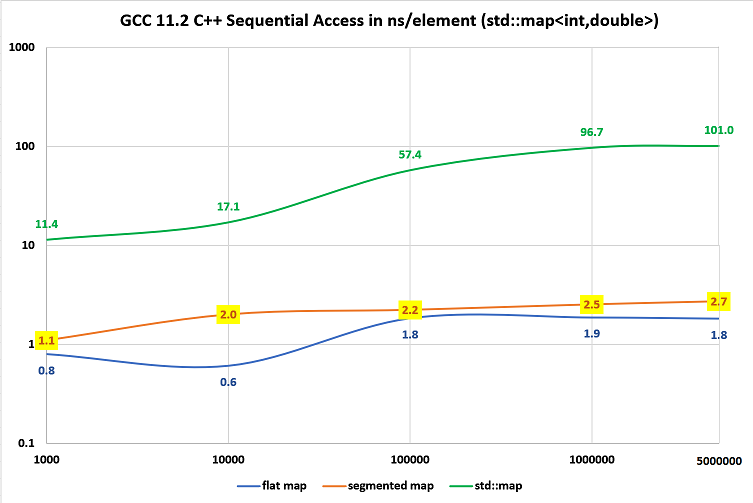 Although flat map is the fastest, segmented map is not far behind; std::map is rather slow. But the enumeration of the elements is still quite a fast operation: we are talking nanoseconds here. It still takes less than a second to enumerate all the 5000000 elements even using an std::map object.

The results are shown in Figure 4. 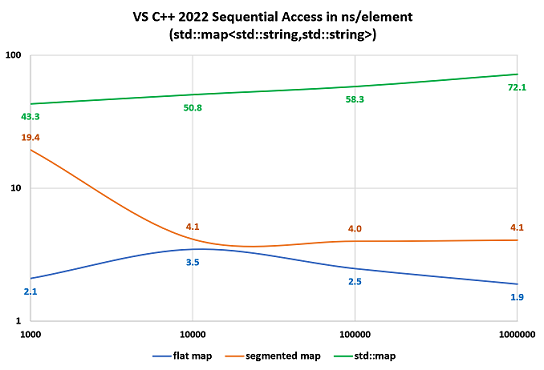 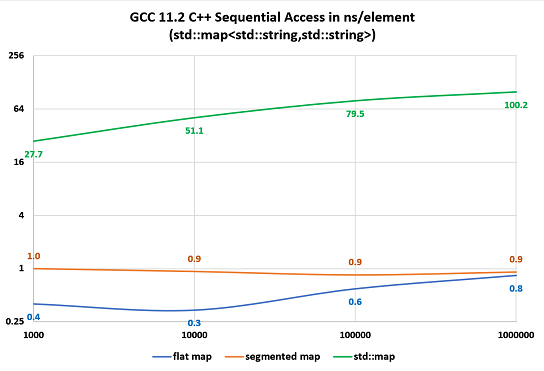 For some reason, the results for segmented map are much better in GCC C++ than in VC++; the std::map speed is slow.

Regarding random access, all the maps behave similar, flat map is generally the fastest. 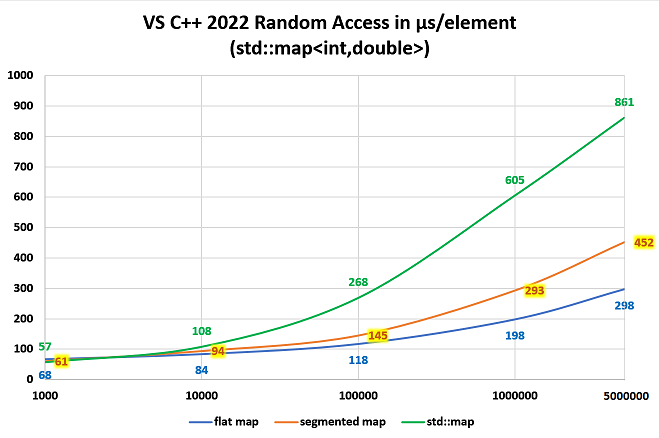 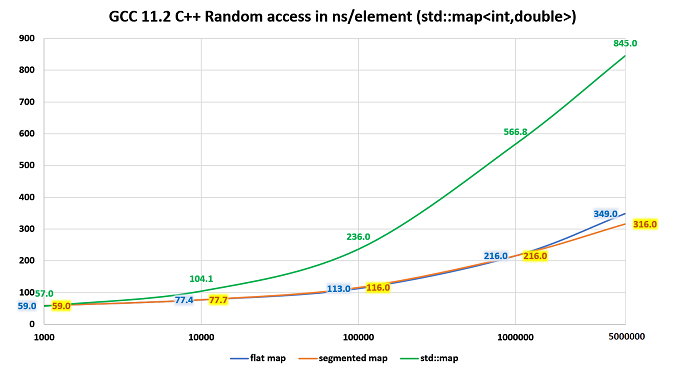 The results are presented in Figure 6. 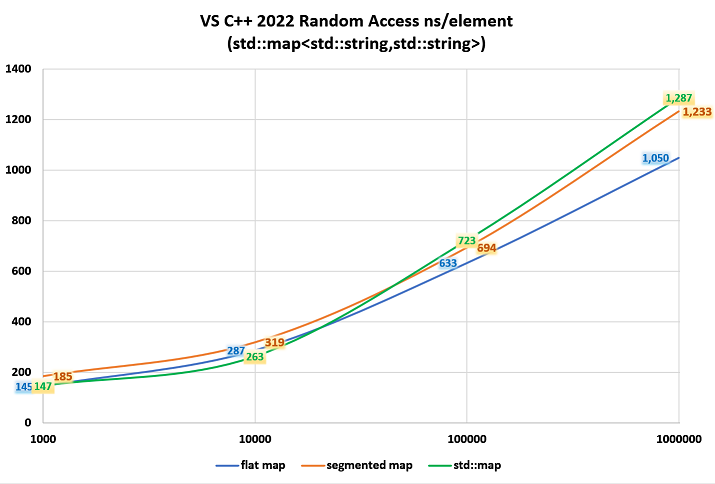 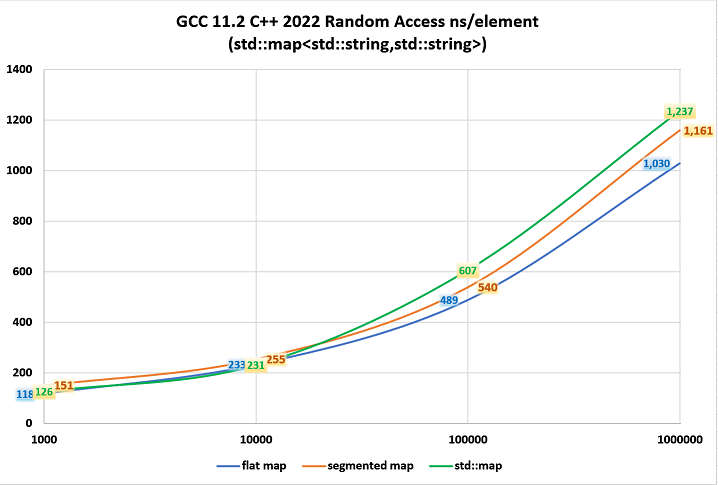 Segmented map's speed is between flat map and std::map.

The benchmarks show that segmented map behaves very well. It is faster than std::map in enumeration of elements (sequential access) and faster than flat map in insertions.

Which one can be recommended? It depends on the size of the data. If you deal with 1000 elements and don’t enumerate all the elements often use std::map. If you use no more than 1000 elements and the speed of sequential access is important, use flat map. But if the number of elements approach one million or more, I would recommend segmented map. It’s impractical to use flat map: building it will take more than an hour. However, if sequential access is not that important, you may still be happy with std::map.


This member has not yet provided a Biography. Assume it’s interesting and varied, and probably something to do with programming.